Home > About Us > Achievements and History

Alpine® has enjoyed over five decades of success in the component manufacturing industry. With a history of innovating through the years, we continue to grow and prosper. Explore our highlights from the last 50+ years.

Bill McAlpine graduates from the University of Notre Dame with a degree in Civil Engineering. He spent the next five years in Rochester, New York and Fort Lauderdale, Florida, working with architectural and engineering firms. 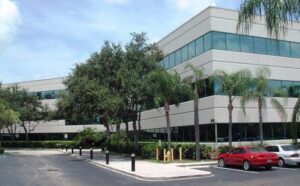 Bill and Charlie depart Sanford Industries to start Alpine Engineered Products Inc. just as the U.S. recovered from an eight-month recession. Derived from Bill’s surname, “Alpine” would appear near the top of phone book listings. Charlie was appointed President, while Bill served as Vice President of Engineering. The duo worked from a small office in Pompano Beach, Florida, using just paper, pencils and slide rules to produce 200 truss designs for their three customers in the first year. Nail plate manufacturing was contracted to a stamping facility in Miami. Alpine’s mission was to design competitive trusses, sell the nail plate connectors and work closely with customers. 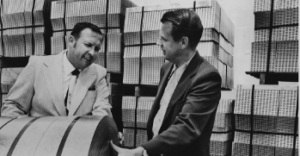 Alpine bought a small manufacturing facility of its own following rapid growth. Despite an 18-month recession, Alpine’s employees grew to 85 in number.

Alpine developed the building component industry’s first website. Introduction of the “Concept Saw’ stole the show at BCMC in Louisville, Kentucky. It was to become the very popular AutoWeb computer aided cutter.

The Alpine introduced the AutoMill computer controlled and automated component cutter at BCMC in Louisville, Kentucky.

FloorMaster and RAM EasyRider machines were introduced, and the VIEW 4.0 was released with the largest customer training program in truss industry history.

The Alpine Linear Saw (ALS) made its debut at BCMC.

The Alpine brand relaunched with a new tagline, “Building Partnerships,” with a focus on partnering with customers to help them grow their businesses.

From the start, Alpine’s team of experts, in partnership with their customers, have worked tirelessly to make the inherently complex process of designing, engineering, and building components seem simple. Engineering was partnered with great products and a strong commitment to outstanding service that can still be felt to this day. When you meet an “Alpine Associate” it is easy to see that they carry the torch. They feel the responsibility and thrive in a culture that demands performance. Looking back, it’s amazing to see just how far Alpine and its customers have come in the last 50 years. Looking forward it’s exciting to imagine what will be accomplished in the next 50 years. Alpine® – Honoring the past and designing the future.